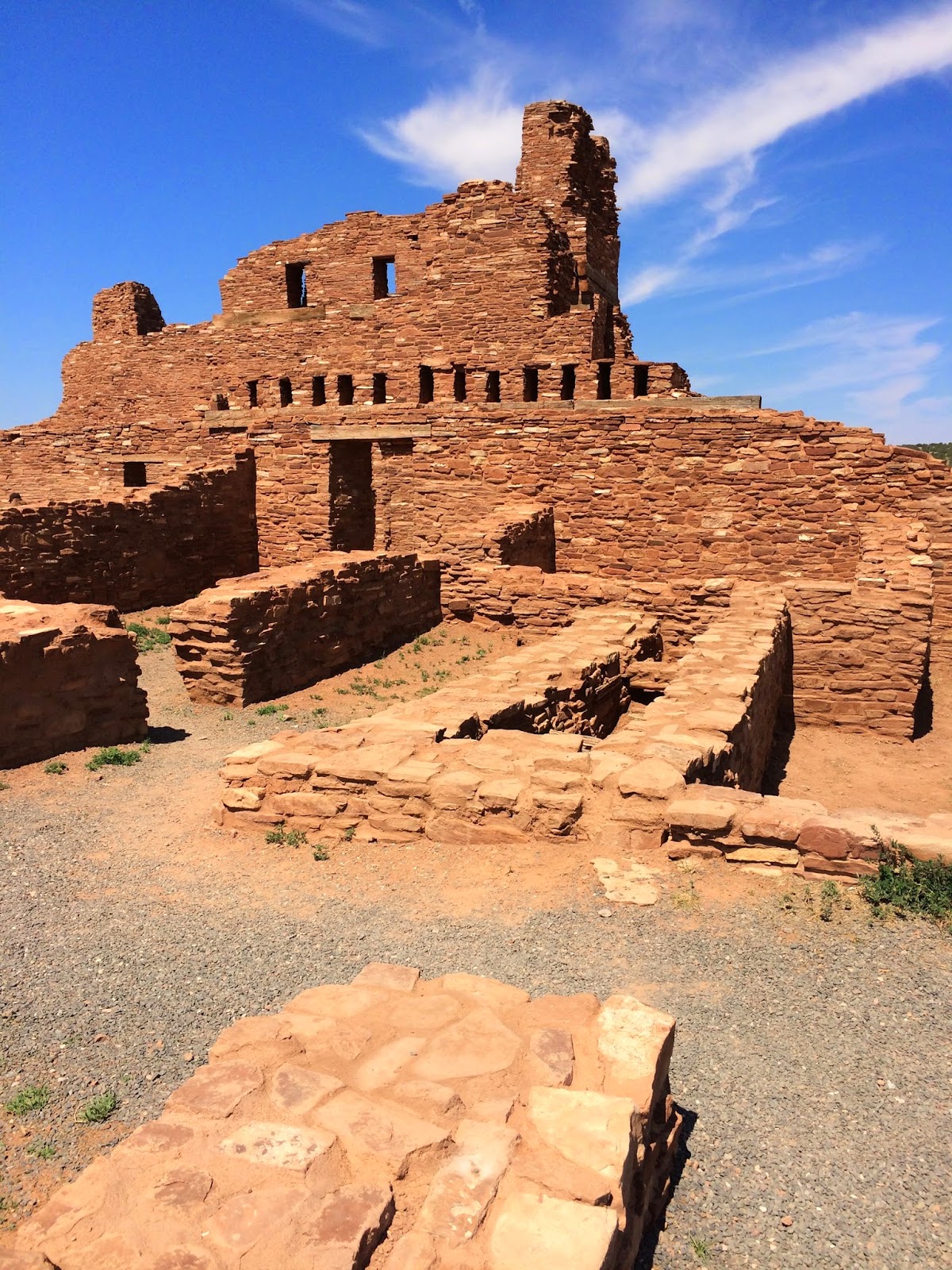 The first ruin we stopped at was  the ruins of Abo'.  These  pueblo ruins date back to the 1300s.  Abo' was a thriving pueblo community when the Spaniards arrived in 1622 and began converting the Indians.  The church ruins are clearly visible today. 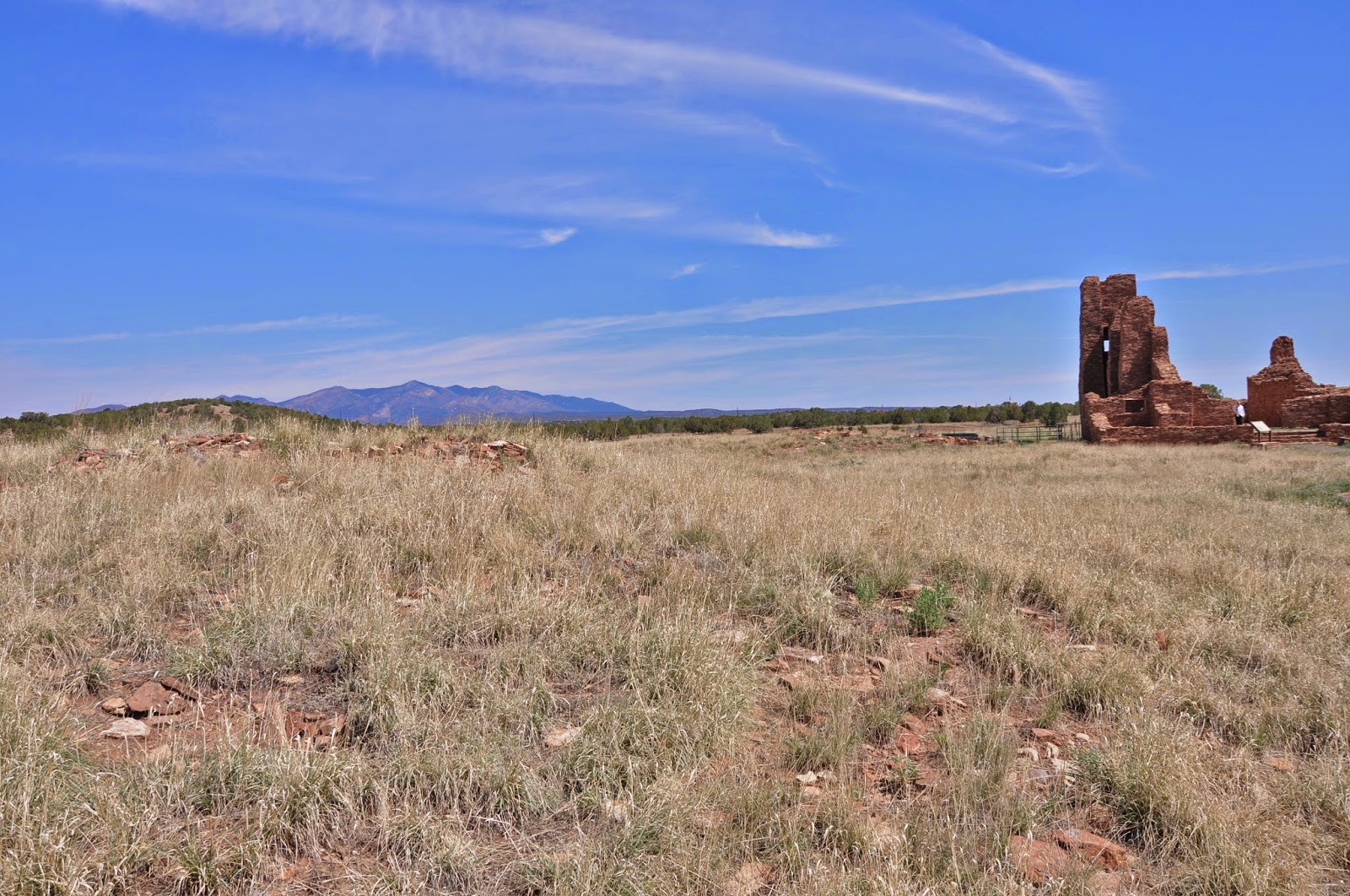 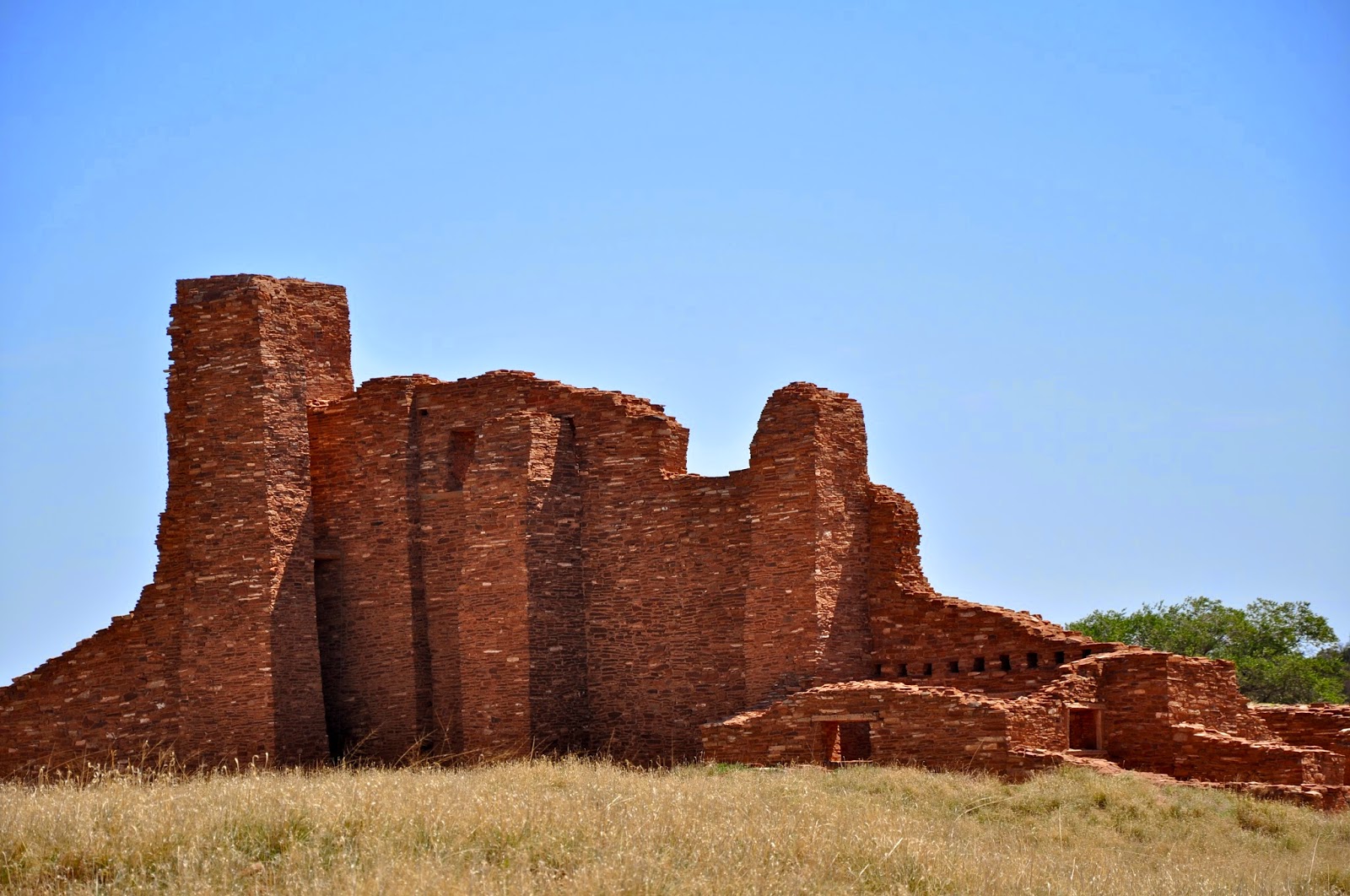 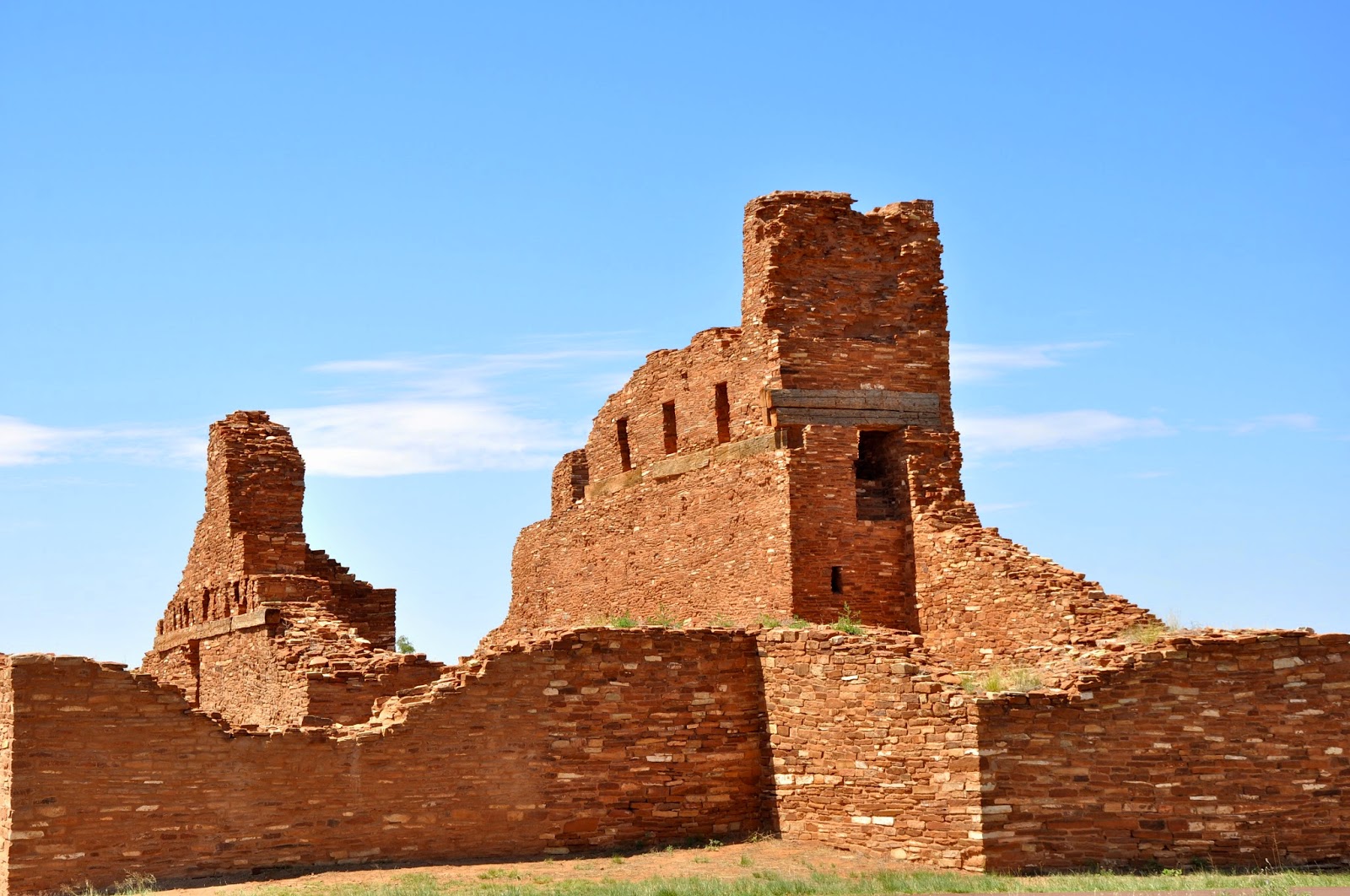 The pueblo village of Abo that was in existence before the church was built has not been excavated due to religious beliefs of the ancestors.  The mounds or hills is where the pueblo existed at one time. 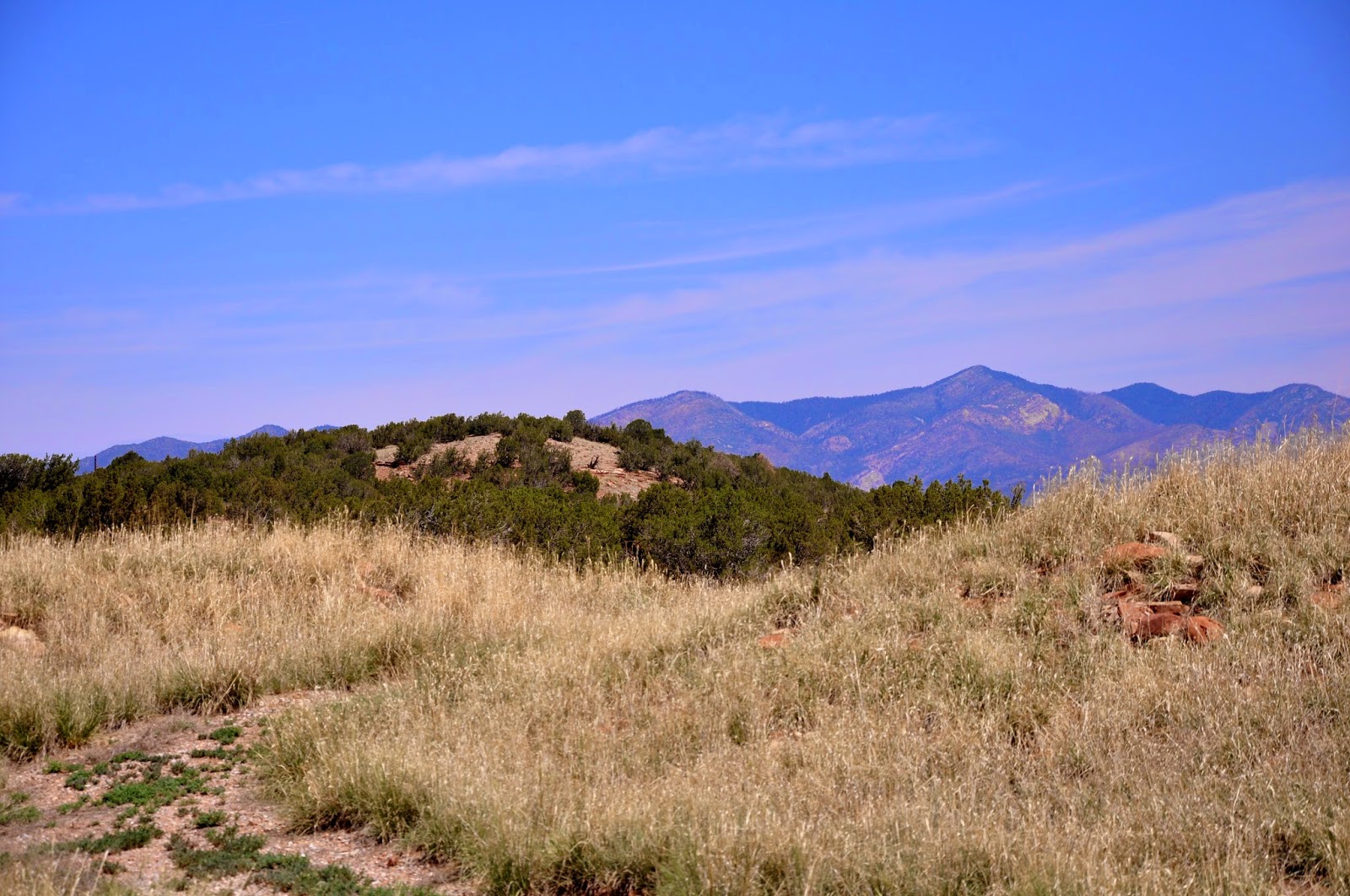 In 1853, during an exploration of this site, a  Major J.H. Carelton wrote : " The tall ruins standing in solitude had an aspect of sadness and gloom."  Today, that same feeling permeates the land surrounding what once held  a thriving pueblo community. 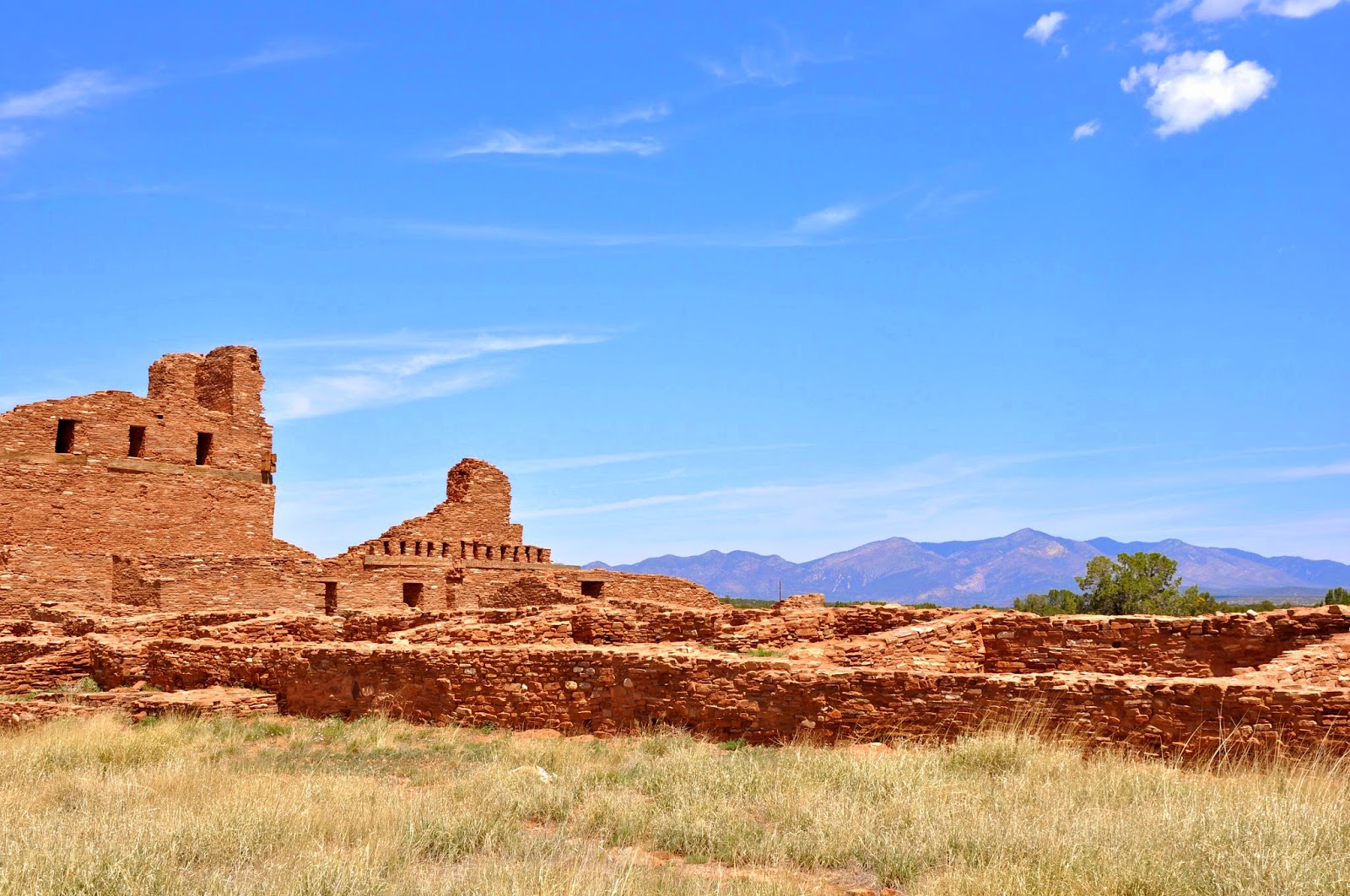 Posted by SunSonSunshine at 8:29 AM