Along FM 170, is an old movie set where several movies have been filmed .  The landscape is the perfect background for a  Wild West town.  All of the buildings in the Contrabando Movie Set were built in 1985, for the filming of the comedy Uphill All The Way.  That was just the first of nine movies made here:

It's also featured in the Brooks & Dunn music video for My Maria, which won Music Video of the Year in 1996. 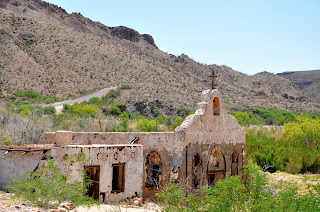 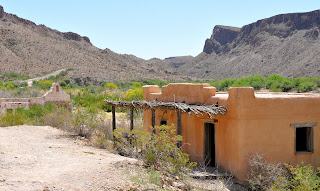 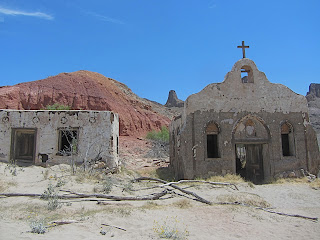 Posted by SunSonSunshine at 8:15 PM