This country has many examples of boom and bust towns. Calumet boomed large under a vision by the man who ran the mines. Like a town where I used to live; Galveston, Texas,  some older buildings need regular maintenance to survive. Calumet's economy is not the same os the boom days and some buildings are in neglect. 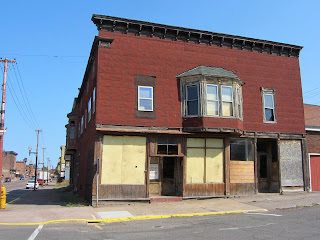 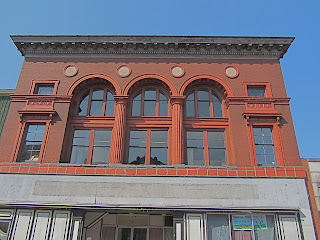 There was a historical building called The Italian Hall. It got to the point where it needed structural repairs. The city and citizens debated about the cost to repair it: $100K _ 150K. The city finally put it under the wrecking ball and soon after asked themselves, "Why did we do that?" 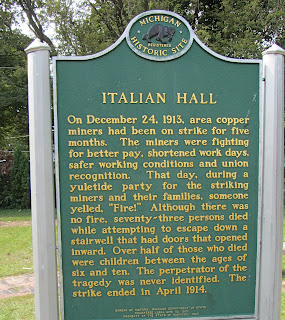 The area is now considered an historical district and that may offer future hope.
Posted by SunSonSunshine at 5:15 PM