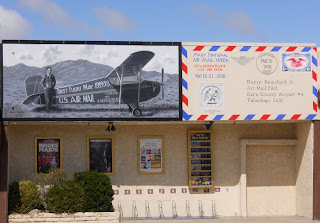 Tehachapi sits about 30 miles to the east of us so we decided to take a day trip up there. There is a mountain between the town and Mojave which has hundreds (thousands?) of wind turbines.  Tehachapi is another Cal. town which has put up all these murals on buildings. Between the town and the three historic valleys tied into it, there were a lot of people and amenities. Unlike Bakersfield, it has four seasons. 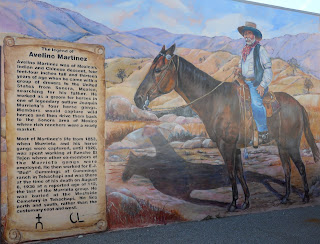 You click on the picture to enlarge and read about Mr. Martinez. I did some research on Mr. Martinez. In the book, Three Valleys of the Tehachapi Bear, Brite, and Cummings by Gloria Gossard  2005, he also ferried ammo and supplies to the bandit Tiburcio Vasquez when he was hiding in the Tehachapi Mountains. I think most people including me find the most interesting thing about him to be his height. 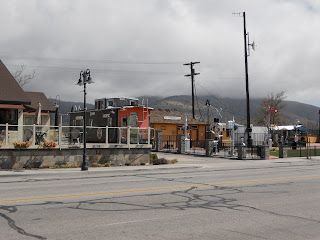 It was cool up in the hills and we had to don our hoodies. You can see the clouds obscuring the mountains. 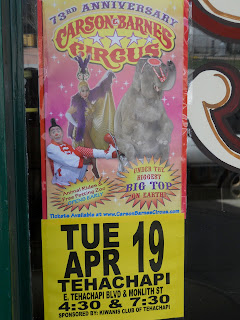 And we came on a day the circus was in town!!!! I was so excited until I saw the clown. Then I changed my mind. 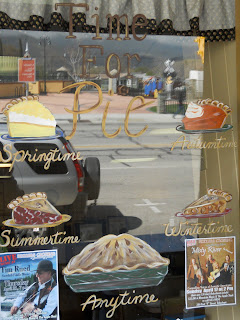 Enlarge to picture to see the fliers. What is this Rued guy playing? A nyckelharpa? Anyway, the window does contain a true philosophy: Anytime is Pie Time (We had Peach) 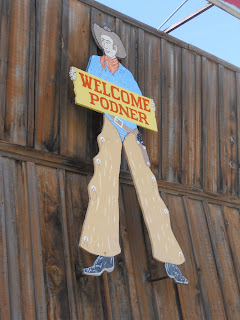 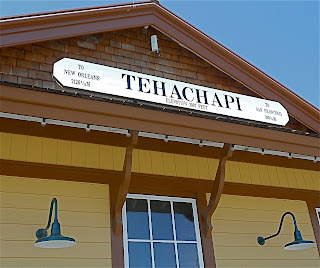 Enlarge to see distance from town and San Francisco & New Orleans. To go to New Orleans, The train has to go through the Tehachapi Loop. Yes, you can google it. 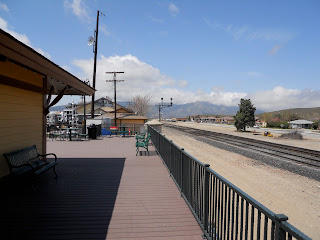 Heading west toward the loop. 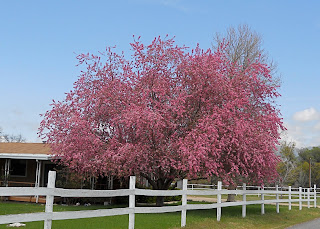 Springtime in the mountains.
Posted by SunSonSunshine at 10:24 AM