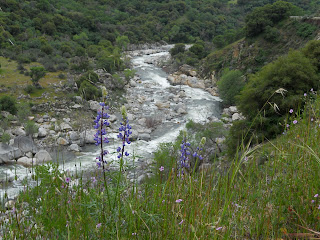 Since the RV parks near Sequoia Nat Park were not up to the High Standards that we so rigorously maintain, (with one exception of a State Park west of Three Rivers), we decided to do a day drive up to Sequoia. We took a "back road" Hwy 65 which wound through some pretty agricultural towns in the eastern edge of the San Joaquin Valley. There are a lot of citrus groves, vinyards, olives, and pistachios grown here. Sometimes as far as the eye can see. Somewhat disturbing was the amount of small orange groves for sale as well as the amount of groves not being picked, the fruit falling to the ground to rot. When we arrived in the foothills of the Sierras, the topography changed dramatically. 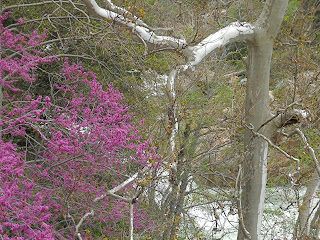 In this river canyon, the (I'm not sure what they are, I will call them a mountain redbud) were in bloom and very noticeable, even a cloudy day). 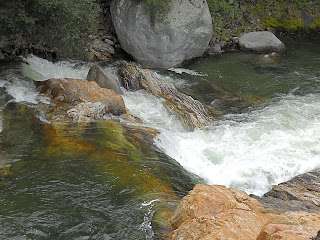 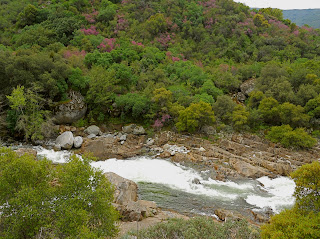 Enlarge to see Redbuds an slope. 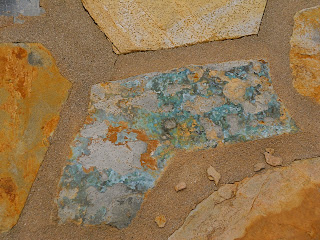 A man made wall on the side of the road going up the grade incorporated local rock. I was amazed at their beauty. This one looks like it contains turquoise 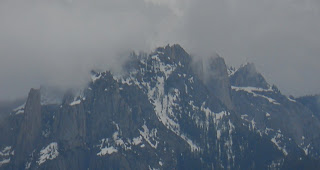 There were several high peaks in the vicinity. 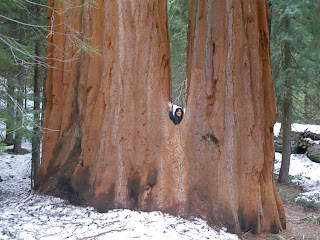 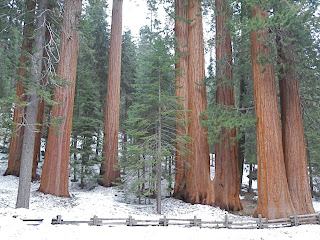 The Douglas Fir were huge up here. There look puny next to the Sequoia. 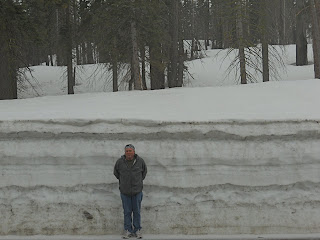 A lot different from Bakersfield where I woke up this morning! 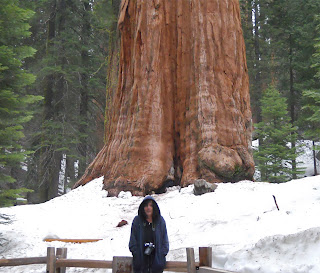 Not a good perspective as Jeanette is some distance in front of the tree trunk. 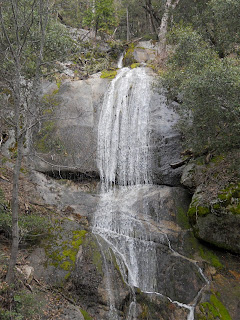 Many waterfalls as the lower elevation of snow melts. 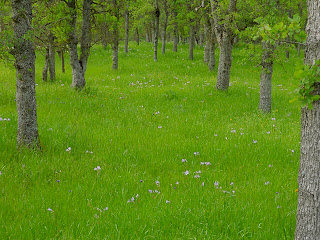 A pastoral scene in the lower elevation.
Posted by SunSonSunshine at 11:26 AM