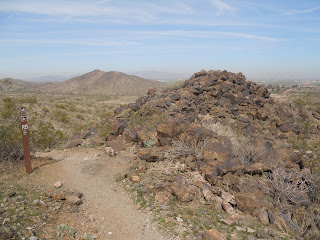 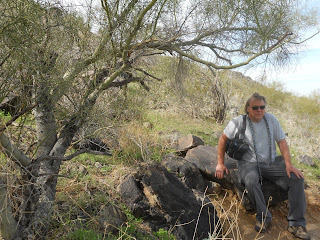 So, here I am looking pooped. Someone at our fifth wheel consumed a copious cupola of cabernet last night and Jeanette swears it was not her which shortens my suspect list by half. She has decided that of the eight trails at Estrella Mountain, we would take The Rainbow Valley trail even though the brochure lists it as the most difficult trail in the park. She is directly related to the Marquis de Sade. The pack I have has two large water bottles, an apple nearly the size of a cantelope, a peanut butter sandwich and for some reason, an eight pound lead bar. I'm tempted to ask her why she packed it but I'm too tired to argue. 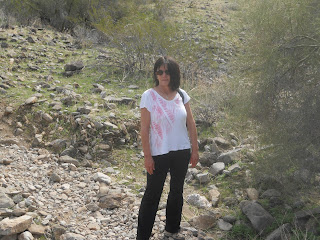 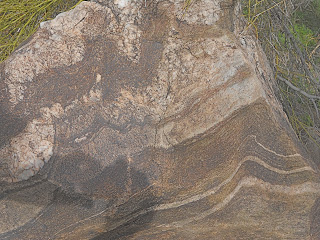 She liked the striations in this rock. 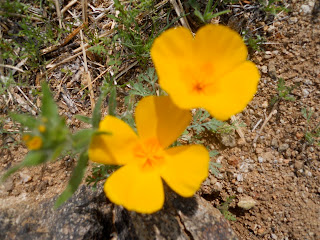 I purposely shot this flower out of focus so it would be Artsy. 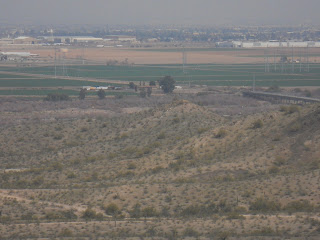 Looking out toward Goodyear. 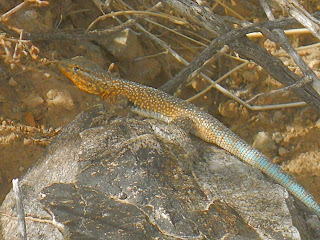 I named this species the Mardis Gras lizard but my camera would not show the colors. Cheap Camera. 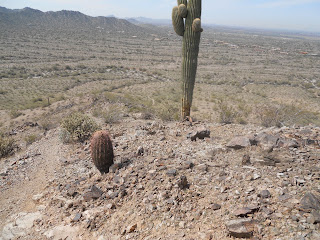 After two peaks, we headed into the desert floor. 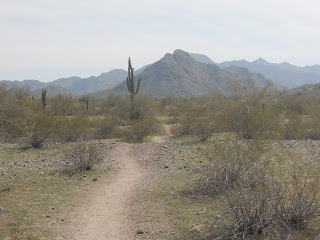 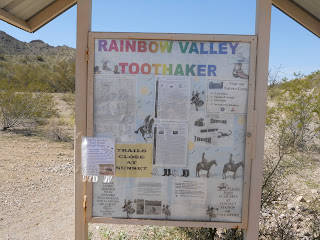 NO, desert floors are not flat. There are many elevation changes and a dozen washed to cut through, During the later stages of dehydration and heat exhaustion, you start to see rainbows over the valley.
Posted by SunSonSunshine at 7:34 PM